Article Written By Brian Caldwell on Dec 05, 2016 (Read on the Waterloo website)

Leslie Klein is co-founder of C-COM Satellite Systems and a longtime supporter of Waterloo Engineering, where he took advantage of the co-op system to earn his first degree as a young man new to Canada. Leslie Klein was a young man in a new country, getting by with a rudimentary grasp of English, when a chance meeting changed everything. 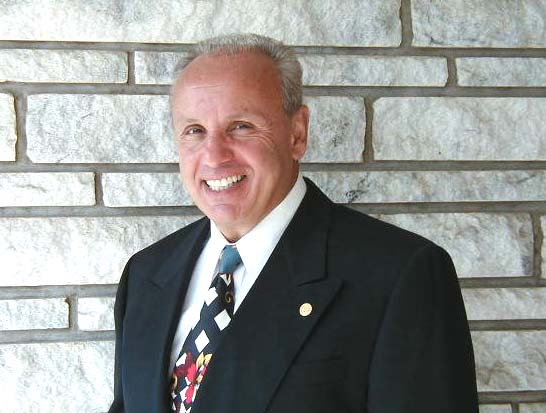 After leaving his native Czechoslovakia behind following the Soviet invasion of 1968, he was living with his younger brother, George, in Toronto and putting a year of engineering education to use as an electrical draftsman at a consulting firm.

Then opportunity knocked in the form of a new co-worker, an engineering student from the University of Waterloo who was doing a co-op term at the same company.

The two men talked, Klein confided he wanted to finish his degree – but didn’t know how to manage it with his parents back home – and an offer was extended to show him around the campus one weekend.

Klein, 21, had never heard of the school, or the city, but the unique co-op program at Waterloo Engineering, with its alternating academic and paid work terms, made it possible for him to return to university full-time.

He got in with a little help from a Czechoslovak engineering professor who had also left his homeland and was teaching at the University. Klein was accepted into second year, landed his first job placement at IBM and graduated with an electrical engineering degree in 1973.

“Once I started as a co-op student, we always had enough money to pay my tuition and keep a low-cost apartment in Toronto, where my brother lived,” Klein recalls. “It was just the perfect arrangement.”

George, still in high school, worked afternoons pumping gas, while his older brother came home on weekends during school terms and made a point of getting his co-op placements in Toronto.

“When you are at the bottom, you can’t go any lower, right?” Klein says. “We didn’t know any different. We were just so happy and excited to be in a country where you could take advantage of opportunities.

“Nobody helped us. We didn’t need any assistance. We blended in, we learned the language relatively quickly and we never looked back – never.”

Klein went on to earn master’s and doctoral business degrees in California, and worked for companies including Bell-Northern Research (later part of Nortel Networks), before successfully building several companies himself starting in the early 1980s.

One of them, providing maintenance for Hewlett Packard, operated for 35 years before it was sold a few years ago. That left Klein to concentrate on his role as co-founder, president and CEO of C-COM Satellite Systems Inc. of Ottawa, where he has long lived.

It has products in use in 103 countries around the world and was named by the Canadian Innovation Exchange this year to a top-20 list of the most innovative publicly traded companies in the country.

Customers include mobile hospitals, police and fire departments, governments, the military, mobile bank machines and a few Saudi Arabian sheikhs who want to stay connected via satellite while hunting with falcons in remote areas.

C-COM’s antennas, which sell for between $12,000 and $80,000, are primarily fitted to vehicles to provide broadband service anywhere it isn’t otherwise available – including many areas just outside Canadian cities – through ground networks.

“You have as much, if not more, bandwidth as you would have in a downtown Toronto office,” says Klein, noting the antennas also provide reliable backup via satellite in the event of a natural disaster or other crisis, such as a coup or terrorist attack.

With about 30 employees and annual revenues of up to $19 million, the company has a long-standing research relationship with Safieddin (Ali) Safavi-Naeini, the Waterloo Engineering professor who heads the Centre for Intelligent Antenna and Radio Systems (CIARS).

The next big breakthrough could be low-cost, low-profile, intelligent, modular antennas to connect moving vehicles to satellites and affordably service huge areas of the developing world that now have no Internet access.

Widespread satellite connectivity may be coming

“That would be like the Holy Grail of antenna technology,” says Klein, stressing the potential to improve the lives of billions of people by making knowledge and information available to them.

While building C-COM and his former businesses, Klein has also been a staunch supporter of the university that gave him both a chance and a solid foundation through its co-op model more than 45 years ago.

His three sons – Jeremy, Drew and Michael – all attended Waterloo, where he funds several scholarships and the Leslie Klein Wireless Research Wing in Engineering 5 is named in his honour.

“I am very grateful to the University for a number of reasons,” Klein says. “I could never have gone to university without that ability to work for four months and earn enough money to live and pay my tuition.

“My name is on one of the labs because I wanted to give back. It’s been a very good relationship – they did well and so have I.”
Copyright © 2016 University of Waterloo Engineering, All rights reserved.