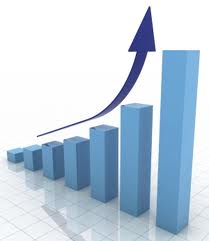 “This is our 12th consecutive profitable quarter and our 39th profitable quarter out of the last 40 quarters. While this year’s results are lower than last year’s, the first quarter of 2013 was the best first quarter in the company’s history and historically the first quarter of our fiscal year is slow. The continued profitability during the first quarter of 2014 is largely attributable to the worldwide acceptance of our iNetVu® Mobile auto-deploying antenna systems, particularly to the telecom, military as well as to the oil and gas exploration sectors worldwide. Our customer base for these products has been steadily increasing and continues to significantly contribute to our revenue growth” said Leslie Klein, President and CEO of C-COM Satellite System Inc.

The Company also announced the payment of an eligible dividend in the amount of $0.0125 per common share payable on May 15, 2014 to all shareholders of record as of May 1, 2014. Based on its closing price of $1.53 per share on April 14, 2014, this quarterly dividend would provide a yield of 3.27% on an annualized basis. This dividend is part of the Company’s ongoing practice of returning value to its shareholders through a quarterly dividend.

C-COM continues to develop new products for new markets and is expanding its worldwide Reseller network for its proprietary iNetVu® Mobile antenna systems. It also continues to establish new partnerships with companies around the world interested in combining the capabilities of the iNetVu® antennas with the products and services they offer.