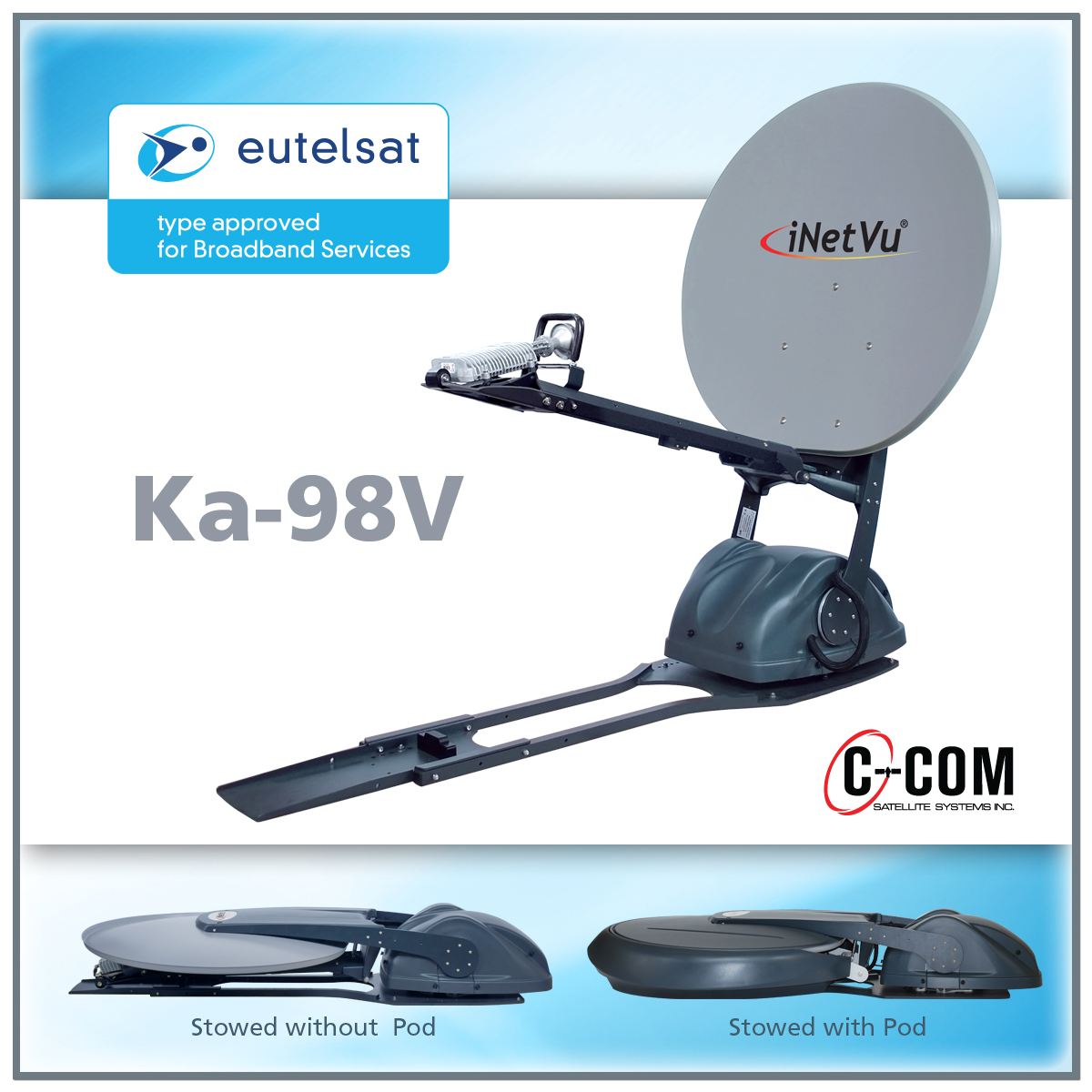 The iNetVu® Ka-98V mobile antenna system is now officially approved to operate on Eutelsat’s KA-SAT High Throughput Satellite and its new-generation NewsSpotter service. It is the second C-COM Ka-band vehicle mounted antenna system to receive Eutelsat approval, along with the Ka-75V antenna, which received certification in 2012.

Providing native IP connectivity, NewsSpotter is integrated for the workflows of modern news gathering operations and is available across the footprint of Eutelsat’s KA-SAT’s satellite that covers Europe, North Africa and large parts of the Middle East. The service is designed to transmit High Definition and/or Standard Definition live video at transmission speeds of up to 20Mbps.

“With the approval of this new 98 cm antenna, C-COM is now in a position to offer a mid-sized Ka band product that will complement our existing 75cm Ka-75V model” said Leslie Klein, CEO of C-COM Satellite Systems Inc. “The new sub one-meter Ka-band antenna system will deliver higher gains compared to the current 75cm model and will address some of our clients’ needs for better signal margins.” 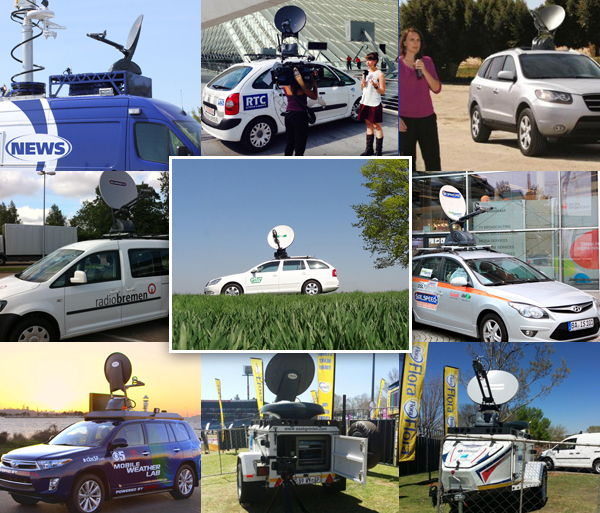