An Emergency Calling For C-COM

What many of us take f 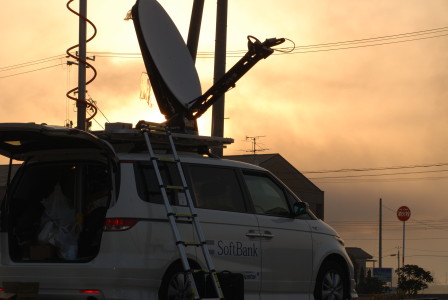 or granted is that we are almost always able to connect with our loved ones via our handheld communication devices. In emergency scenarios such as the 3-11 Tsunami, the vulnerabilities of the cellular networks connecting massively wired countries, like Japan, become quite evident. Nearly 100% of the communication connections were disabled through the affected areas of Sendai and surrounding regions following the disaster.

How can a country overcome such a problem, and how can it be prepared for similar adversity in the future? Enter Telemann Communications Co. Ltd., located in Tokyo, a Factory Authorized Reseller for C-COM Satellite Systems Inc. C-COM is the Canadian manufacturer of the iNetVu® mobile antenna, which provides broadband internet access via satellite to remote locations around the world. Telemann began working closely with a major cellular provider in Japan, Softbank Mobile, for the restoration of inoperable cell towers in the affected region. The Japanese companies would work together, marrying their technologies and expertise with the iNetVu® mobile antenna, to employ a temporary structure that would provide communications coverage for the survivors of this monumental catastrophe.

Within three days, and on extremely short notice, C-COM was able to ship more than 100 iNetVu® mobile antennas to Telemann, who then worked to integrate the units into Softbank Mobile’s vehicles. Once installed and integrated with Softbank’s Femto-cell technology, the iNetVu® antenna was able to restore cellular communication within a specific geographic region shortly after arriving on the scene. 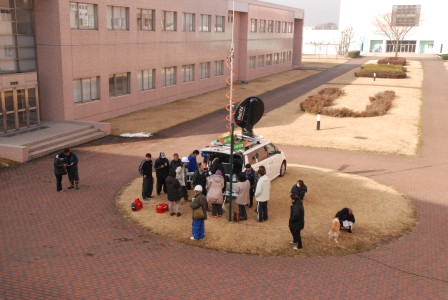 The iNetVu® antenna and attached satellite modem provided the necessary link to backhaul the calls to a wired network located elsewhere. The satellite antenna was able to replace the downed cell tower within 8 minutes, restore cell service in the area, and deliver immediate relief to survivors who have been unable to communicate for days. Cell calls and internet access were restored, and most importantly, the solution was mobile, so the integrated vehicles were able to move from place to place and make it possible to deliver instant cell communication upon arrival.

As fixed satellite based replacement systems were susceptible to aftershocks, and would require time-consuming and costly manual re-pointing of antennas, a mobile solution was deemed to be most cost-effective and efficient. Hundreds of aftershocks in the days and weeks after the main quake created a need for a specific answer: an antenna that could automatically re-peak and re-acquire the satellite without the need for human intervention.

The Company was able to assist Telemann in the integration and installation of over 300 iNetVu®mobile antennas over the weeks following the disaster and even sent its own engineers and application specialists to the Sendai region to assist Telemann and its customer with the timely deployment of the iNetVu® antennas. Software engineers in Canada developed a quick solution that dealt with the effects of the aftershocks, which were numerous and frequent, and disabled the satellite antennas pointed to the satellite. Within hours of the first aftershocks, new software was developed and uploaded to the iNetVu® controllers that made it possible for unattended automatic re-pointing of the antennas. Other issues that were solved during the installation stage were related to implementation of a strategy for automatic satellite re-pointing in case of power failure in the satellite backhaul vehicle. 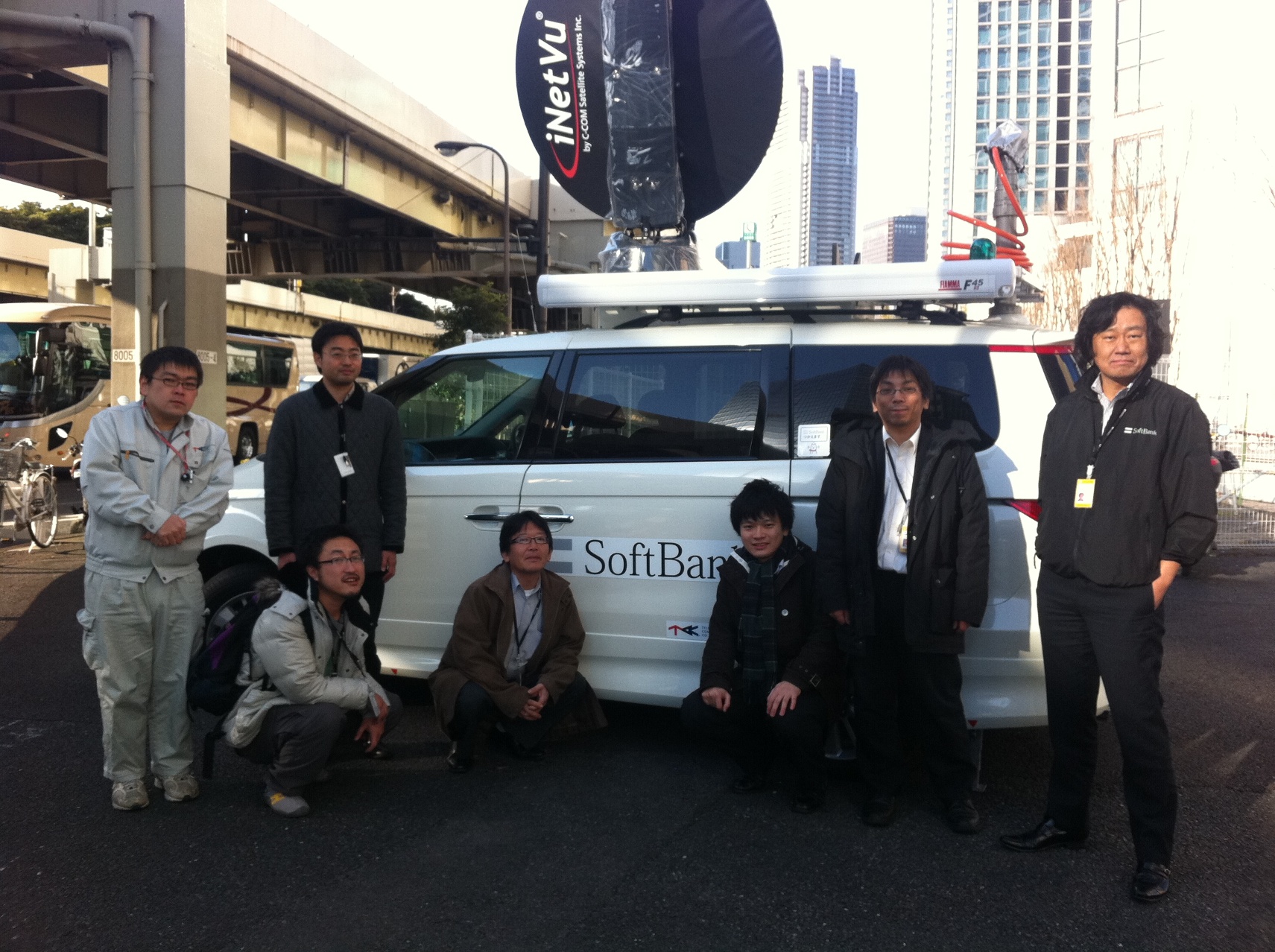 Telemann and Softbank were able to outfit and deploy many vehicles with the C-COM 98cm and 120cm iNetVu® mobile antenna systems, which performed flawlessly during the disaster recovery. They continue to work towards a model of preparedness should another calamity come their way by positioning these cellular backhaul antenna systems across Japan.

In a testament to the immediate assistance with the tsunami relief effort and their gratitude for the help that was extended to the Japanese people in their time of need, Softbank Mobile, sent C-COM a beautiful plaque to commemorate this shared effort.

About the author
As Director of International Business Development, Drew is responsible for the day to day management of the sales and marketing team. Drew assists C-COM’s global reseller network in the development of new vertical markets for the iNetVu Mobile products, and he assists in the supervision of the technology team as the company continues to branch out into new and exciting projects.